Notes on Apartheid in James Michener's novel, The Covenant

During our core plotting sessions at Michener's house in St. Michaels in May 1978, I came up with the idea of showing the effects of apartheid on the lives of South African citizens with six vignettes from birth to death: See Plotting the Apartheid Chapter.

In these notes for the Education of a Puritan chapter dealing with the Afrikaners and the formalization of apartheid, red markers show items instrumental in the acts and ideals of Detleef van Doorn, a major apartheid-era character. 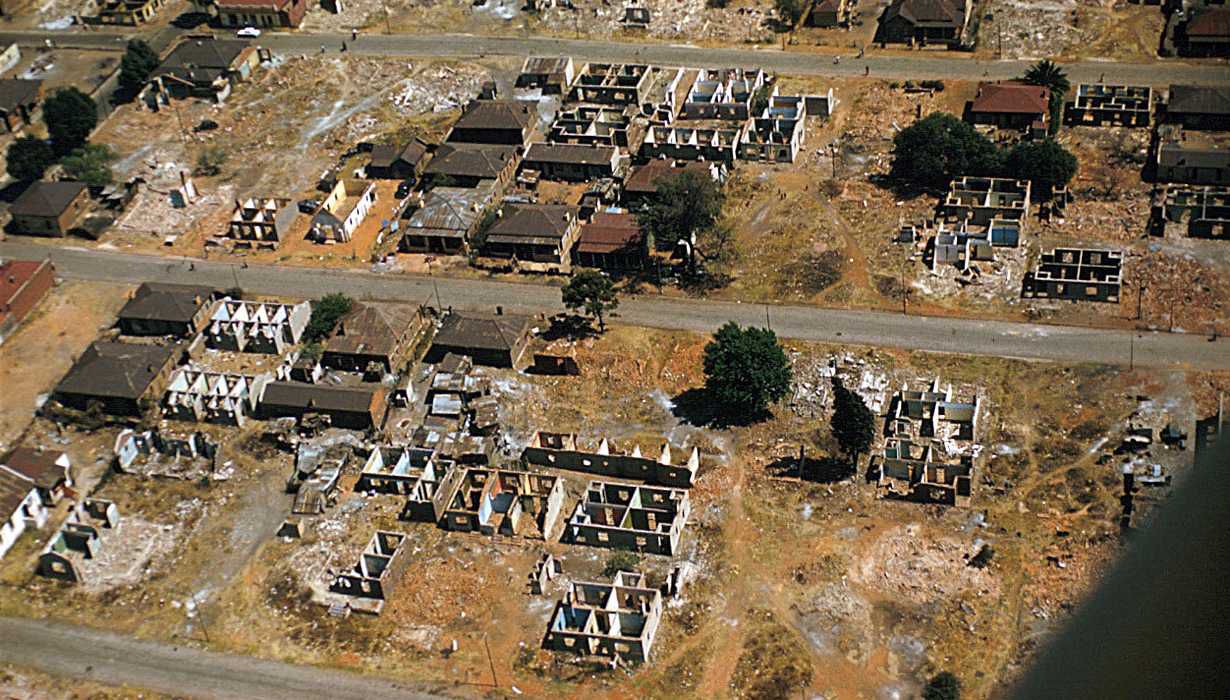 Aerial view of Sophiatown, as it was left after removal of the population under the Western Areas Removal Scheme, Johannesburg, South Africa - Eliot Elifoson - Smithsonian SIRIS

In Michener's draft, Detleef van Doorn first sees the squalor of Sophiatown going with Micah Nxumalo to take relief supplies to the Afrikaners during the Rand Rebellion. At the end of the rebellion, the family of Troxel, a poor white Afrikaner, returns to Vrymeer with Detleef and occupies the de Groot lands. In the 1930s, Micah's son, Moses Nxumalo, is living in Sophiatown, Johannesburg. Moses works as a house servant for the liberal-minded Saltwoods of New Sarum in a northern suburb of the city.

Moses gains much from attending meetings of African intellectuals similar to those that actually took place at the Bantu Men's Social Club in Eloff Street, Johannesburg. Returning from one of the meetings, Moses is attacked and stabbed by a gang of tsotsi thugs. He survives and during his recuperation evaluates his experiences in the city, including his perception that the poverty and dispossession of Africans and the Afrikaner poor are similar. The contact with young African intellectuals makes Moses vow that if he has a son, he will enroll him at Fort Hare University, then the only university college for Africans.

Michener ended the section there. I saw an opportunity to send Moses from Johannesburg to Hemelsdorp, the Village of Heaven, showing what life meant to the black people of Johannesburg twenty years before the advent of "grand apartheid." The story begins when Moses walks down Eloff Street and is stopped by the police.

Michener Draft for Moses Nxumalo,  Achievement of a Puritan

Uys draft for Moses Nxumalo in Sophiatown, Johannesburg - from The Covenant manuscript.

Uys draft for story of Moses Nxumalo banished to Hemelsdorp, "Village of Heaven."

The Covenant:  Moses Nxumalo's journey to the Village of Heaven 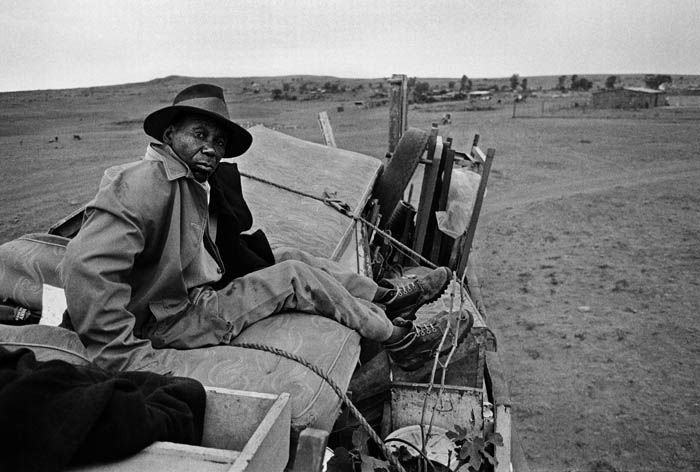